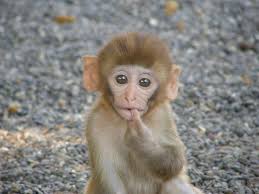 Last July, Noah Phillips broke a story about some extremely cruel research that had been proposed and approved by UW Madison. Ned Kalin, chair of psychology at Madison, had proposed a study in which 40 rhesus monkeys would be removed from their mothers on their first day of birth, denied any form of human or animal contact, and raised in an incubator with a “soft surrogate” (think: small pillow), and a feeding bottle. After living like this for some weeks, the monkeys would be paired with others their same age to be “peer raised.”

Throughout, the young monkeys would be exposed to threats to attempt to cause anxious temperament and depression, such as exposing them to live snakes and menacing humans.

The experiment would bring over half a million dollars to UW Madison from the National Institutes of Health.

After 18 months, all of the monkeys would be euthanized, and throughout their short lifes, they would be subjected to a barage of tests including spinal taps and blood draws.

The news sparked outrage, and about 400,000 people signed a Change.org petition to stop the experiments. In the aftermath, Kalin decided that “maternal deprivation” was not necessary for the experiment, stating: “We’re changing the experiment based on science, not based on pressure that I’ve had.”

The Capital Times article that broke the news of the change to the study was misleading in one crucial regard: it neglected to mention that the monkeys would still be removed from their mothers at the age of 6 months.

One could just as easily say that the experiment is more cruel and inhumane for this reason, because the baby and mother will bond for six months before being separated.

A similar omission was made in a Badger Herald Article.

Meanwhile, the Animal Legal Defense Fund (ALDF) had requested details of the proceedings for the approval of the research from UW Madison in order to ensure that they followed the federal Animal Welfare Act. When UW refused to provide the information, the ALDF sued UW Madison. In response to the lawsuit, Scott Walker proposed an amendment to this year’s budget: UW would be exempt from Wisconsin’s open records policy.

It may be the case that Scott Walker’s actions were actually not a response to the ALDF lawsuit, but something that he was planning on doing anyway, because this is his third attempt at it in three years.

In 2013, proponents claimed that the exemption was in order for UW Madison to have a competitive advantage for grant money. The 2014 lawsuit happened to also coincide with a lawsuit from PETA regarding treatment of sheep at UW Madison. Both of those attempts failed, of course.

This is misleading, at best, because, according to Bill Leuders of the Wisconsin Freedom of Information Council, under current law, information that can be shown to be “harmful” if disclosed is already exempt from the open records policy, and information that reaches the people that request it has already been redacted.

Animal rights groups and advocates for freedom of information in government both have a stake in ensuring that this amendment is not passed into law.

Although Wisconsin research is still open to the public, 24 other states have already passed laws granting them some form of exemption from public records.

In response to this issue, people acting in association with the Alliance for Animals and the Environment have been attempting to spread the word about the issue through leafleting campaigns.

Although animal rights activists have taken up the cause against the open records amendment, there is, of course, more at stake, given the sweeping wording of the proposed resolution.